My passion for our oceans and coral reefs started in 2010 when my family was relocated to Australia. My family returned to Texas after four years in Australia, but the awe of the Great Barrier Reef stayed with me. After the move back, I learned that mass coral bleaching is devastating corals on the Great Barrier Reef and around the world. The very spots I was fortunate enough to visit in 2010 have been severely bleached the last two years. Much of the damage is caused by rising water temperatures from global warming.

But I was surprised to learn that another impact humans have on reefs is sunscreen, as most brands contain chemicals that are a considerable agent of death for reefs. Every day, thousands of visitors apply sunscreen next to fragile reef ecosystems, and it accumulates in the water, suffocating major parts of reefs. Coral reefs are some of the most valuable and diverse environments in the world and are important for developing medicines, discovering new species and contributing to economies (through tourism and fishing). But corals are dying off. Every year, huge communities of coral reefs are being wiped out. I am passionate about preserving our oceans, so I decided to raise awareness about simple things individuals can do to make a difference.

This past summer as part of my Junior Ecologist Certification project, I got SCUBA certified in order to film damage to coral reefs. My project involved researching, producing, and releasing a documentary about the harmful effects of sunscreens on coral reefs, Sunburnt Reef. Diving communities, the Professional Association of Underwater Instructors and the National Park Service all recommend avoiding certain sunscreen chemicals around coral reefs in order to help preserve them. The State of Hawaii has also been trying to pass a law to enforce reef-safe sunscreen on the islands.

Many sunscreens contain chemicals that harm coral. Most people who spend time around coral (swimming, scuba diving, etc) wear sunscreen. Every year, millions of bottles of sunscreen reach coral reefs because a quarter of the sunscreen people apply washes off into the water within 20 minutes of getting in the water. Sunscreen chemicals also wash off during showers, polluting wastewater that also ends up in the ocean. Even inland, sunscreen chemicals can flow downstream through creeks and rivers to reach the ocean and impact our coral reefs.

There are, however, some sunscreens that don’t contain harmful chemicals. It is difficult for many consumers of sunscreen to know this though, because it isn’t widely publicized. My goal is to educate people about which sunscreens don’t harm coral and suggest ways people can protect their skin without jeopardizing coral reefs. Rash guards and wetsuits can also reduce the amount of sunscreen required.

As part of my research and filming, I interviewed over ten reef experts from national park rangers in Hawaii to marine biologists and dive professionals in Florida. I also participated in a Citizen Science project with Coral Restoration Foundation to survey the health of coral plantings while scuba diving. The seven-minute film will debut at the Alamo Drafthouse following the Families in Nature Community Screening of the Netflix documentary “Chasing Coral.” It is my hope that my film can educate a worldwide audience on the impact of sunscreen on coral health, so that individuals can understand how making a simple choice could have an enormous positive impact on coral reefs. A number of organizations have expressed an interest in using my work in their campaigns. Lonely Whale Foundation, an incubator for courageous ideas that drive impactful market-based change on behalf of our ocean, took on the elimination of plastic straws as their main cause this year and may be interested in disseminating my documentary and its subject of reef-friendly sunscreen over the next couple of years. It is my hope that Blue Miles, Green Fins, and other international organizations may also be interested in distributing the video. I have also been encouraged to apply to attend the 2018 Our Ocean Youth Summit in Bali. This summit is organized by the Sustainable Oceans Alliance, which empowers young people to become leaders in preserving our oceans.

Together, we can keep our oceans and reefs healthy for future generations. 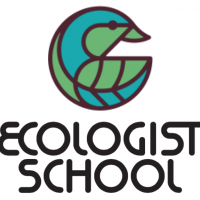